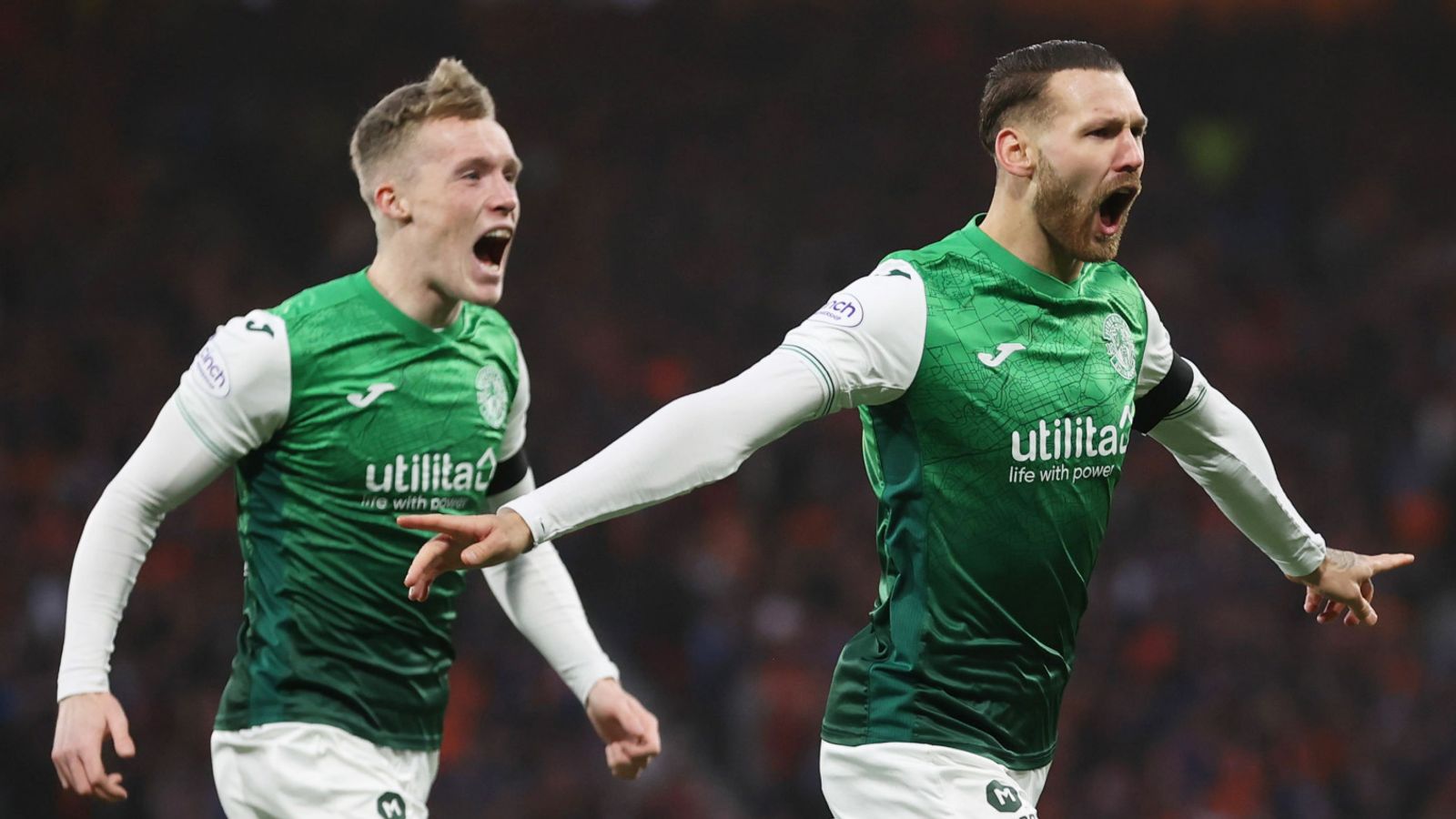 Martin Boyle’s sensational first-half hat-trick sent Hibs through to the Scottish League Cup final with a 3-1 win over a Rangers side playing their first match since Steven Gerrard’s departure.

In front of Giovanni van Bronckhorst, who will take over at Ibrox on Monday, Rangers were shellshocked by a Hibs side coming into the game on a run of four straight defeats, and left themselves too much to do to come back from Boyle’s solo heroics.

The Australian international was handed a gift by Rangers captain James Tavernier for the opener, receiving a deflection practically on the goal-line to net.

One became two, and then three soon after as Boyle first took Kevin Nisbet’s pass in his stride and fired across Allan McGregor, before sealing his hat-trick from the spot after Steven Davis barged into him inside the box.

Scott Arfield struck for the league leaders before half-time to give them a sliver of hope, but none more would materialise after the break as Hibs withstood an onslaught to emerge unscathed and set up a date with Rangers’ city rivals Celtic in next month’s final at Hampden Park.

It was quite a start as Paul Hanlon and Hibs midfielder Joe Newell picked up bookings from referee Kevin Clancy for fouls on Gers playmaker Joe Aribo.

Boyle then started the scoring in the ninth minute when he knocked the ball past Gers keeper McGregor from a yard out after it appeared that Rangers skipper Tavernier had tried to chest Newell’s corner back to his keeper and came up short.

Elena is looking for an opportunity to use his skills and experience to make a positive impact on business,lifestyle,health. He has a vast amount of knowledge and expertise in the field, which he gained through years of hard work and dedication. Elena is extremely passionate about these, and he wants to share his love and knowledge with others.

Analyzing the Steelers Week 11 loss to the Chargers, by the numbers

What is the Most Popular Outdoor Sport

Analyzing the Steelers Week 11 loss to the...

Cowboys news: How the Cowboys can work around...